My late Mother gifted me a Camera. This Camera was her Mothers. My Grandma traveled all over north America and shot film any chance she had. Some of the photos she took are breathtaking. Now its my time to learn film. Initially shooting old 35MM rolls found in the Camera bag carries a big risk of losing all your work due to film deterioration. Whether from Age, Heat, Radiation or a massive amount of other factors. I had no idea how these shots would turn out and even less of an idea of if the camera worked. Well, it did. They turned out beautifully. Aged film is sometimes just worth the gamble. So there’s Tara, a friend from Calgary. She’s a mountaineering Medic aiming to live on a boat off the coast of Cortez. She proved she will out hike me any day of the week and drink me under the table. Her and I operate on nearly the exact same wave length. We’re both left handed, both picked the exact same beer from the exact same store for the exact same reason and need to apply a copious amount of hot sauce to everything. It’s kinda weird but pretty refeshing all at the same time. She brought up the tent from Calgary for me and we spent the next 4 days exploring Jasper and crushing beers. It was pretty early in the year still, we got snowed out on any trail we attempted and froze every night (At least I did) 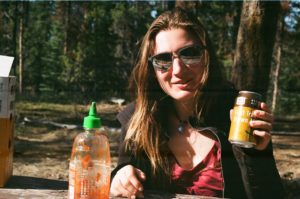 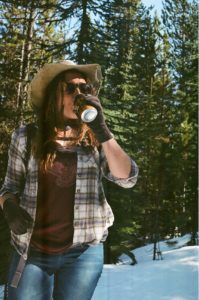 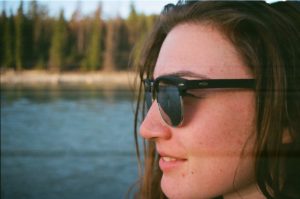 Having her out here for the trip was a great idea. We bonded while breaking through snow for kilometers at a time. Sharing stories over another beer and just cruising to the next place to explore. She suggested all our hikes and places to explore and I’m really glad she did. She pushed me further than I would have gone on my own and took me to places I didn’t even think of seeing. We mixed up what I knew, what she knew and what we both had overlap in and explored the park to the fullest. Just send it. 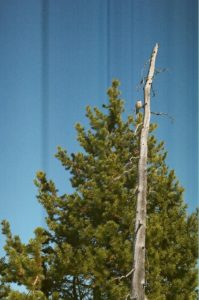 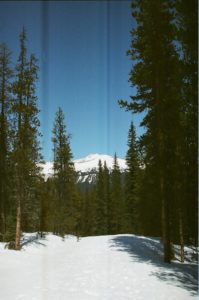 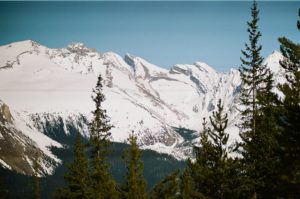 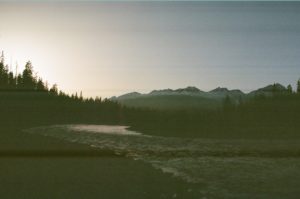 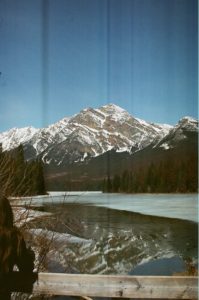 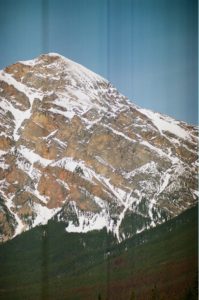 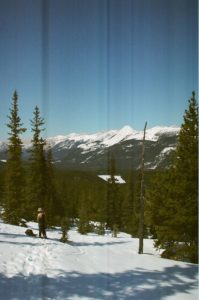 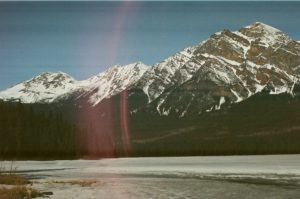 It was so killer to get out of town and just exist. There was no stress, we just chilled. This trip was a huge leap in the healing process of the heart. Showed me there is hope out there and things really can end up okay. Sometimes, even better than okay. Her and I have gone on another few adventures since. That film is just about to get developed, just hang in there. Have I ever mentioned how much I love trains? The answer is a lot. Maybe one day I’ll drive one. But in all reality I’m a lot more likely to hop a few and see where I end up.

I missed my epic train shot on this trip, but at least I tried. The Power Wagon is pretty photogenic so it makes up for the lack of Any and All trains. Choo choo. We ended up exploring every open gate between Jasper and Mount Robson. Our only promising forestry road ended up snowed over and we had to turn around. Our 4 wheeling adventures became a little less likely so we squeezed in a few more hikes instead. 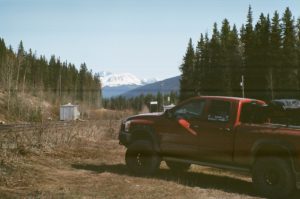 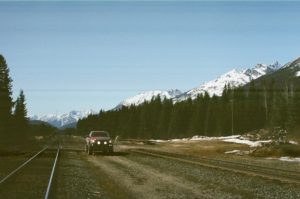 Day 4 Tara headed back to Calgary, myself back to Grande Prairie. The trip was solid, the hikes were exhausting and the beers were great. Even though we broke through the snow every step of the way and nearly caused a few Avalanches, missed the Trains and got snowed out our spirits were high. We were refreshed and freakin’ alive. 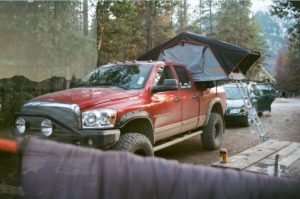 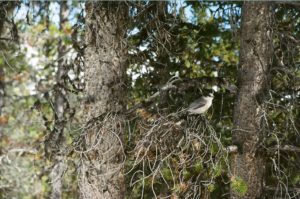 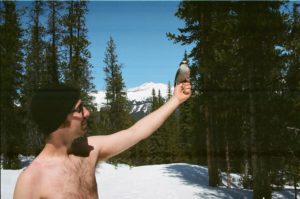 Dayne from Adventure Your Life and I have been good friends for a few years now. We 3D printed this little guy a while back and he’s been traveling with me ever since. Every little bit helps and I feel great every time I see him cruising along. Thanks Dayne.