It’s been a while. My apologies for such a long span of time between. Since the last entry I have Moved back to Alberta, started a new job at a High Performance and Offroad Fabrication shop and brought the Dually back to life. Those will all be explained in full detail in around 3 or 4 posts down the line. Hang tight, Things are about to get crazy. So let’s just think about this for a minute.. You’re Canadian. What does that mean? Means you’re that really nice Maple syrup sucking, beer drinking, door holding friend from up north without a single complaint of -40 or worse. That’s right. We’re basically a relaxed hermit enjoying the vast expanse of America’s hat. Vancouver? No big deal. Canada Texas Aka: Alberta? Been there done that. But you have to think, where’s the history? East. Far, far east. So why haven’t I seen it? I was born in Halifax for God’s sake! What have I been doing all these years?

Opportunity is at the door. Chris is moving back to Ontario, it’s 3900Kms. He wants a Co-Pilot. That’s right. I’m on it. Caught a Ride to Edmonton with my Uncle Ken in the Big ole’ 389 Long nose Pete hauling ourselves 53,000Lbs of beer (Smokey and the Bandit anyone?) to the land of the Oilers (Eww, Oilers) A swift visit with my Sister and I was on the road around 9Am the following morning. You have seen my beautifully hand drawn sign previously and you knew well where I was headed. The dreaded GP. The place has a lot of history and I’m really oh so glad that I’ve written over it with so much positivity.

You had autta know Rob. No mentions to date but my long time Room mate and adventure friend from Vancouver island. He moved to GP in 2012 and I followed in 2013. Three and a bit years of shenanigans, Adventure, heartbreak and learning followed us and to this day we’re still inseparable. I’ll toss a few good photos from the good old days in here just because I can. He picked me up after a few rides from some very different folks and we got on just like always. Beer started flowing and things were like I’d never had a day apart from him. 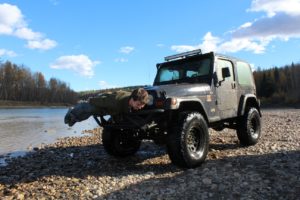 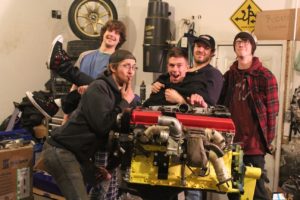 A weeks worth of packing, catching up with friends, some self inflicted drama and tying up of loose ends ended the week on a note nobody could have predicted. I met someone. Someone I never thought I’d meet. Someone who makes everything move just a little slower, the days seem brighter and the moon seems closer. My heart rate drops when She’s around. Everything is Okay. I smile. I never knew when I left GP She would be who she is Today. More later. She knows where this is headed.

Chris and I had decided to hit the road in the evening due to a really late night and missing rush hour through Edmonchuck. That went out the window in a hurry. We had both woke up and restless as a summers worth of traveling makes you and we hit the road. Snow, not a lot but enough to worry of lake effect storms 3 provinces over. A full tank of fuel, tunes out the wazoo and a years worth of chit chat and catching up. This drive was EPIC. 5-6 hours per driver shift, 5-700km per tank at change out. Split it 50/50. Worth every dreary, road warped mind numbing second. Never in my life have I ever driven 3200Km in a single sitting. I doubt I will again for any reason other than emergency. Snapped awake again and again by a twitchy lane change or shocked back to it by an animal daring to run at the last second. Cruise control is godsend if you can stay awake. 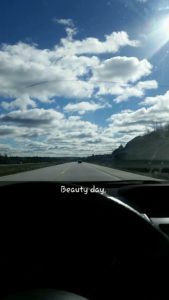 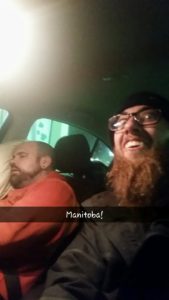 Prairies? Yeah, there’s not much to see. Next Chapter.

More Praries? Like, Manitoba? I guess they have a big city. We got road snacks and fuel. Not much to see. Next Chapter.

Ontario? Well shit Chris! We’re almost there! He laughed. We were only halfway. Sleep.

“See that lake over there?” As he points right

“What the fuck dude, the great lakes are huge!” I yawned as enthusiastically as someone could being worn from the road and expansion joints for 28 hours straight. I feel asleep as soon as I realized he was just messing with me. But really, It was the same lake. 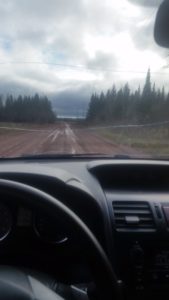 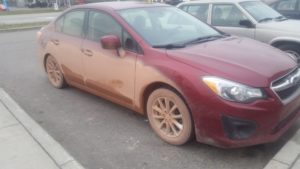 DETOUR! Damnit Apple maps. So let’s just drive 2 hours out of our way. Initially we were a little upset with this but in the end it was all smiles. 🙂 Never in my life have I ever ridden a Red Dirt Road and now I can say I have. What a riot, we ended up by the end of the way amassing a total of 150km on the dirt and painted the car a beautiful pink. Jokes from the locals as we stopped for coffee followed and we all laughed.

Apple maps will declare a detour necessary due to a road closure for four entire minutes a week prior to using the road destined “Impassible.” Yeah, I’m an android person. There’s a few reasons for that.

So we caught 8 hours in Sault St. Marie and had 700km’s to finish up in the morning. We ordered a Pizza. Pizza has never tasted so good. Beds have never felt so nice (I had yet to learn a few things at this point in the trip) and a shower was needed.

Toronto! Damn. The 401 is INSANE. 12 lanes (Don’t quote me on that) of mass blundering chaotic traffic. Fun fact: That’s the busiest highway in the world. Chris made me drive. I was initially a little worried but things turned out great and I’m really happy I took him up on the offer. It will be more than a few years before I get to drive that again and we ended the evening in time for dinner with his Parents. 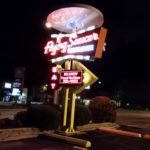 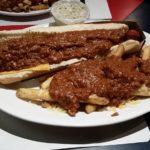 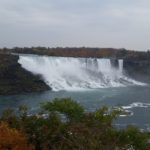 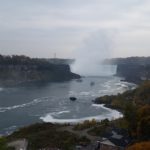 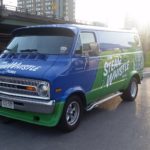 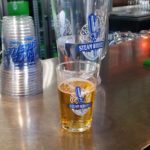 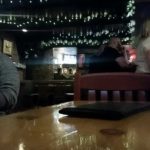 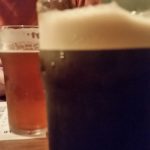 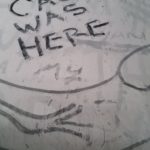 Now the thing is here, I thought I was going home at this point. I didn’t bring my tent, nor the outdoor gear I usually carry so I was under prepared for the next stint. But we’re not quite there yet so there’s a whole shebang of film from the Greater Toronto Area! Guess I’m headed to Montreal. Does anyone speak french?