It’s been a long road so far and I’m doing all I can. I’m stepping foot on the smallest province in all of Canada. It’s a picturesque little island, the sorts that post cards are made from. Light houses, bright colours, cute little streets and red dirt. I reached out to a friend from middle school and ended up with a place to stay in Charlottetown. It was an interesting visit to say the least. I’m not sure exactly what I had expected but it was a little sub par. I have been learning a lot about myself on this trip and trusting your gut is really, really important. We as humans have developed such a complex array of emotions, reasoning and instinct that without a doubt, is completely ridiculous and makes no sense at all. Even if we don’t fully understand it you’re better off trusting it. This time I should have. I should have just listened to my gut and avoided this interaction. In a way, I had to do it no matter what. It helped me break free from a few more chains holding me down. Showed me how to say no, showed me how to make the best of it.

So I’ll be straight up, I stayed in a shitty apartment with three stoners for 3 days. It was miserable. They were horribly boring, had no drive and we did not connect on any level. We hardly did a damn thing until I offered to pay for gas and then only then would they decide to adventure. I don’t know why I stayed, why I thought it was a good enough place to hold up for a while but I did. Maybe I thought I could help them find a little bit more of their potential, maybe I could help them a little bit. Maybe my friend from middle school would see how much of their life was being wasted?

I don’t know. I’m bitter about it still. I haven’t reached out to them since and I don’t intend to. That’s life. Some times no matter how much you try, people don’t want to get better. Maybe they don’t want to be helped and they’re just going to loathe in their own self misery until their demise. I just wish I could change the world. I just wish I could help everyone and make everything okay.

So that’s a hard start. I knew how vividly beautiful Prince Edward Island could be, I just had to find it. So here’s to our little adventure. You’ve gotta find the sunshine no matter how hard it rains. 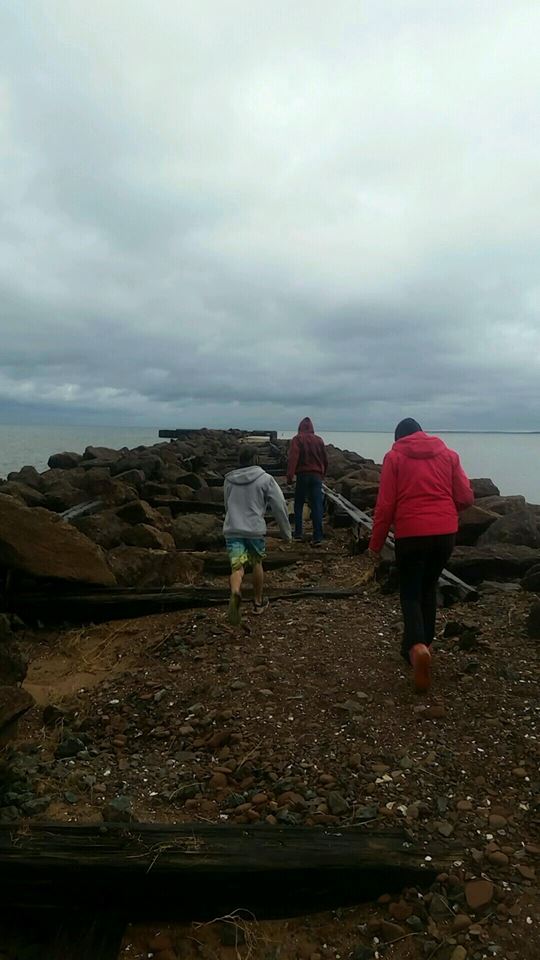 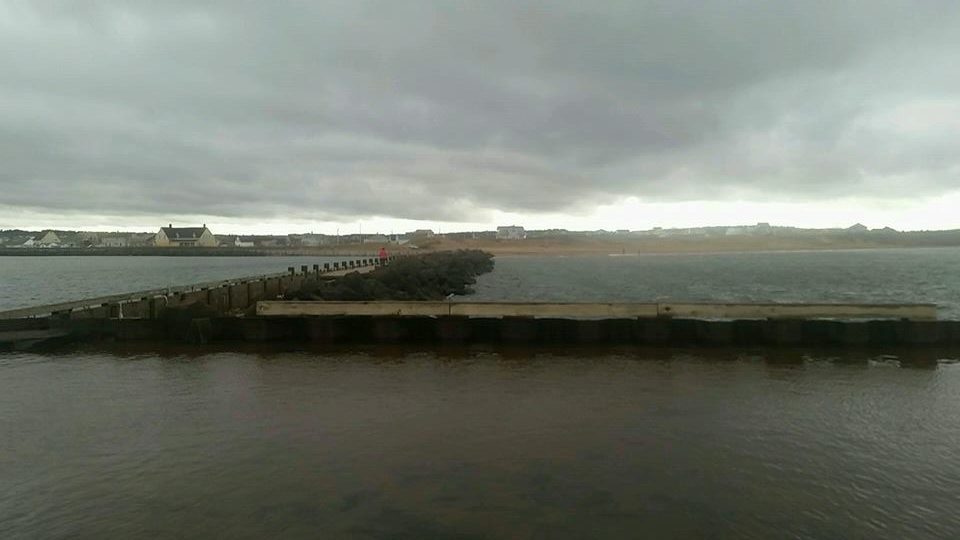 These are the only two pictures that turned out. We split into two groups, two of them hopped in the car to grab coffee for the group as I stayed behind with another. I wanted to hike the coast line and so we did. Now that the group was broken up and I was with someone I had hardly known more than a day I opened up to him. I told him a bit of what I was feeling and we talked more about the situation the three of them were in. I had to learn from this and I did. I came to understand a little more behind why things were like this and that not everyone has it inside them to break out and grow so quickly. So we had the tide closing in. Shelf upon shelf of deep burgundy soap stone being lapped at by the sea. It was an absolutely beautiful yet horrifically slippery walk. It’s been raining a week straight and as we walk further we trigger small mud slides swallowed by the sea. Teamwork was necessary to continue as any hopes of securing a solid line became scarcer. Ten and twelve foot shelves stood before us as we boosted and pulled one another over the next.

“I haven’t done this since I was a kid.”

Near an hour later we were on the next beach as the tide closed off our path. We made it to the road and found the others. Coffee was welcomed with cold hands and a big smile. I hope he’s doing better now.

I decided to leave the next morning. It’s raining a little. 3 Degrees. I need some food and socks. I’m alienated at the grocery store as I pass strangers of Potato island. The population doubles in the summer and dwindles in winter, tourism is the heart of PEI (And potatoes) so a backpack in November is a little out of place. Play it up. Be an idiot. See how many people you can get to leave the aisle as you’re in it. Why not? I have nothing better to do so I may as well entertain myself.

So I’m at it again. I’m ready to leave this godforsaken island for good. Even with that little bit I’m still left with a bad taste in my mouth. The company can really make the meal. Hitched out of Charlotte town. I have less than 60Km to get to the ferry today and I’m headed to Nova Scotia. As a small town goes the rides are small and the hearts big. I’m feeling good and making friends. Kicking Potatoes down the ditch as I whistle and sing. Detour on purpose and walk longer than I care to just because I can. I want to dye a T-shirt in the red dirt. Next time.

There’s a lot of “Firsts” throughout life. Never have I caught a ride with someone only to an hour later have their brother pick me up. Cameron and Matt were around my age and schooling in Antigonish. One called the other and as a lazy Sunday would have it nothing happening at all. So away we went and made it to the ferry. I hopped out and thanked him for the ride. Two hours to kill I’m ahead of schedule.

“Go get your ticket and let’s get lunch, I’ll show you around. I grew up just up the street.” 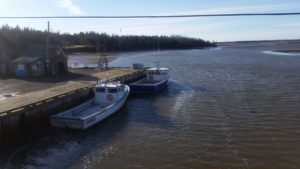 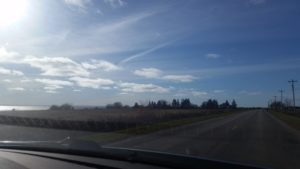 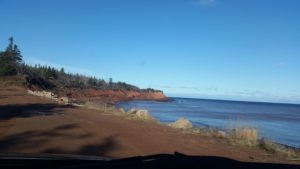 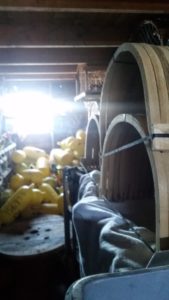 I’m numb by now, I hate Pei and it’s awful but this is amazing. Every single disappointment has been turned around instantly. This complete stranger and I had an amazing afternoon. Beach after Beach, road after road, byways, highways, alleys and fishing shacks. Come out to western Canada you two, You’re more than welcome. Another Ferry, naps, oceans, swells and birds. I love leaving. I don’t know why. No matter where I am I need to go. Get away, go explore and see something new, follow a road never found and push into the next county. It feels right to keep moving and keep exploring.

Signage par usual I’m offered a ride from an older Fellow to Halifax, Score! We’re off and on the road. There’s not much to see in Nova Scotia, some rocks, some trees, more trees and more rocks. We find the City and it’s beautiful. Bridges, the bay, downtown and the sea. Ships line the port and I find the hostel for the night. Make a few friends and hunt down food. Another fairly average night but I love it. Just keep moving. I spent the day exploring Halifax. It’s been 20 years since I’ve been here. I was born here. Not having returned since far before I could remember I felt different here than I have anywhere else. My Father was in the Army 25 years. We never stayed anywhere long. I didn’t know who I was or where I was from or where I belonged for my entire life. I still don’t, but at least I figured out where I came from. Finally.

One piece at a time we all can get a little better.

Ferry to Dartmouth, just across the water. Naps in the park and I’m off to stay with a family friend. Laundry and a bed, home cooked food and 3 fat little dogs lay on top of me as I fall asleep. Tomorrow I hope for Antigonish. I’m done with the Trans-Canada for now. I need some scenery. 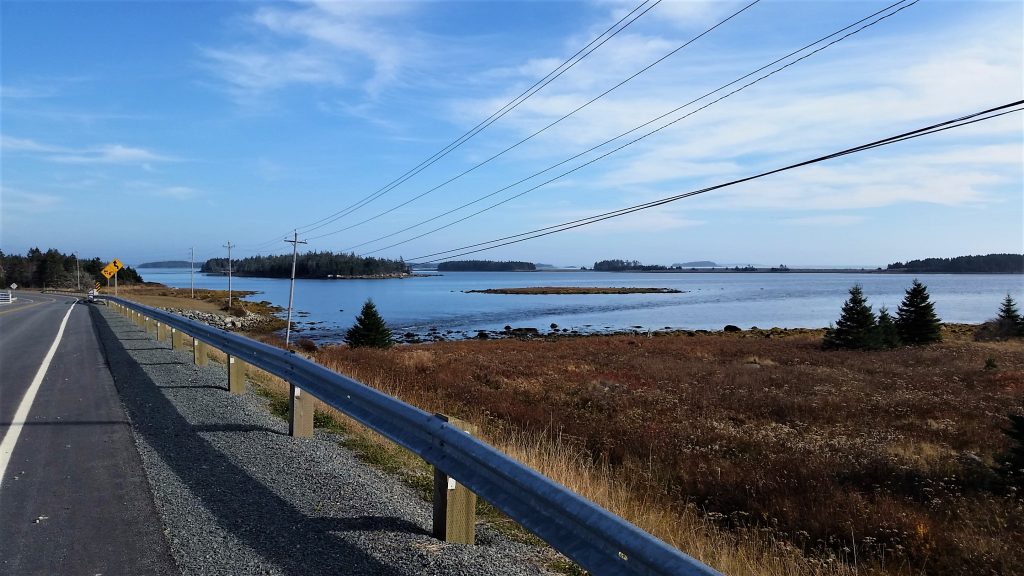 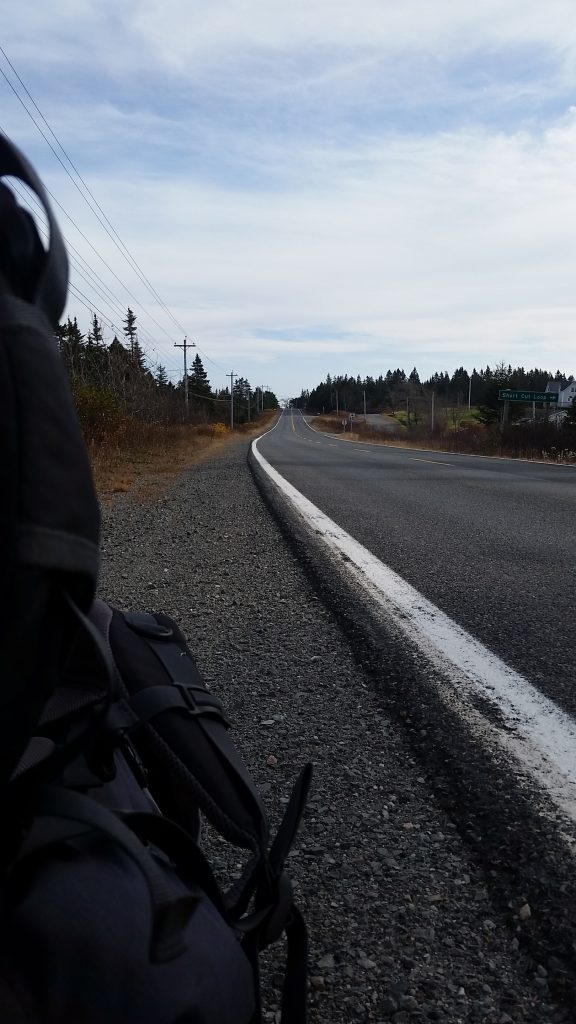 I’m so out there. It’s a half hour between cars. I keep seeing evidence of Bears and Moose, I have no cell service and I wont see a house for an hour in between walking. There’s nothing out here and I love it. Everyone is so friendly.

I made it safely to Antigonish and stayed with a friend’s parents. 6:30am and I’m headed north again. Next Province; Newfoundland