A little known fact in Newfoundland, everyone is named Kyle. I scored two rides for the final 700Km stretch to St Johns. Kyle and Kyle brought me to where I needed to be. The first Kyle was such a great guy. Everyone on the rock has a heart of gold. This island is something else. It’s another country you won’t find except for right here. So I stole Kyle’s joke.

Kyle: So I picked up this Hitch hiker out of Port Aux Basques last summer. We be cruising along and a little while in my wife and I were a curious. He was a strange guy and after finding his way to the rock with just his coat and a box we wanted to know what he was up to. So my wife starts up and they’re back and forth for a few until she’s asking him what’s in the box?

Kyle: So I spin around in my seat and lay into this fella, he ain’t allowed to be speaking to my wife like that so you there had best be changing your tone with her. Tell me boy, what’s in the box?

So naturally Kyle’s pissed and stabs to brakes as he brings the car to the shoulder.

The Hitch hiker jumps out of the car and takes off into the woods leaving the box behind.

Silence for a minute

Kyle: None of your fucking business!

Booming laughter rings through the car as we continue our cruise. I’ve told this a few times in between and it seems to always get an excellent return.

Halfway through our few hundred together we needed fuel and I was gifted with a bag of snacks, drinks and junk food. Well received Kyle. You’re proving again the beauty we find in every corner of the land. I’m off again and it’s a beautiful day. The rain has let off and the high cloud cover is welcomed.

Kyle 2. He’s on his way to see his Daughter in St Johns. We’re in it for 500km, a few tanks of fuel and a six pack. I drink the most of it to ensure we’re getting there safely. Buzzed now I’m dropped of in the midst of downtown. We shake hands and as I step away from the truck I have to stop. I’m on the water, surrounded by Ships, fishing vessels and massive coast guard monsters. It’s beautiful. Every dream of a fishing town, a life on the water and the beauty of the sea is right in front of me. I’ve found another place I just wished existed. Years have passed dreaming of something I thought I’d never find and it’s right in front of me. I walk the water for hours in awe. It’s stunning. Checking into the hostel I’m met with warm and friendly faces. I settle in, grab a shower and head off for a cup of coffee and a snack to explore the surroudnings without burden. There’s no place like St Johns. I think about it lots now and again. At least a few times a week. The pictures don’t do this community justice. “Afghan Restaurant” A hole in the wall and it’s what I’ve been craving. The walk from the Hostel to the hole is beautiful. I’m straining for words right now to describe how much this place meant to me. It really felt like home here. I know why people live here, I know why they chose here and I know why they stay here. Through to a Pub for a beer on George Street and I’ve hit it off with locals. Everyone is just so friendly. I’m coming back some time. 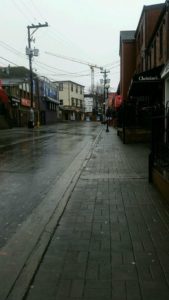 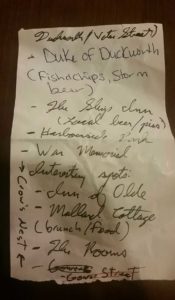 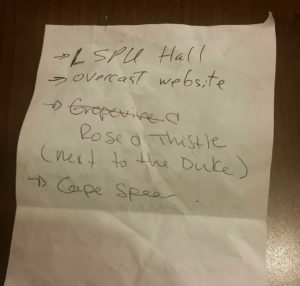 So we make a list and I’m off to check em’ all. Sadly I didn’t get every single one but I definitely hit every place that really mattered. I spent a crazy, crazy night at the Hostel and with pictures to prove it. I don’t remember much from my stay. It was a riot. Invited out to play some pool we left as Two Canadians, An Irishman and two Aussies. Met with a pair of Brits and beers started flowing. I’m not sure how, but I drank them all under the table. I still remember the looks on their faces when I finished their beers every time we left another bar. I payed for it the next day but I left as a legend. I don’t remember this.

I had a friend from way back in Middle School. Philicia. Haven’t seen her since I was 13. We reconnected the next afternoon and settled in at home. We caught up with an evening of Coffee, food, beer and video games. Her and Zack were exceptional hosts. I swear its like her and I had seen each other a week ago and Zack and I bonded like brothers. Nothing but amazing experiences, adventures, tours and teachings followed. We explored all of the peninsula and crossed items from the list one after another. 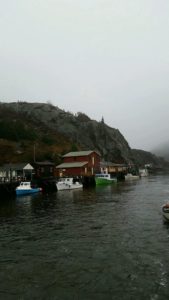 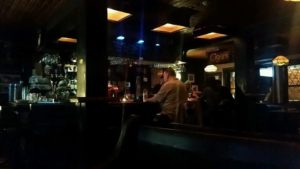 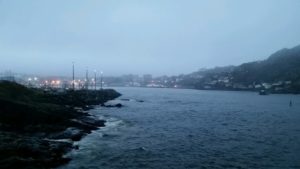 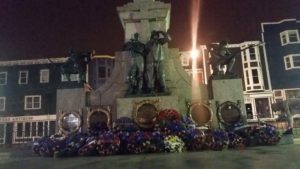 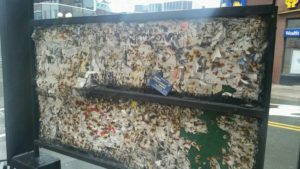 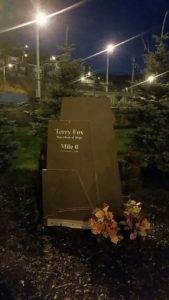 So we’re tying it all up. I’m getting screeched in tonight and I’m on a plane at 5am. I’m shitfaced, I’m in Newfoundland and I’m kissing the Cod. I couldn’t have ended this any better. I’m surrounded with my new family and my heart is full. I’ve done it. I’ve achieved a life goal and I’m feeling so, so good about it.  I really can do anything. Zack helped me steal my shot glass. Thanks buddy. What a fucking legendary ending for such a massive adventure. I can still hear the fog horns putting me to sleep, the lap of the sea at the shores of this tragically beautiful rock. The smiles of everyone along the way are with me every time I need a little more. It’s all so surreal to look back on to. Thinking of the hours at the side of the road hopelessly waiting for a ride through to the near misses and sleepless nights. The food I’ll never eat again and the beers that I’ll never be able to share with anyone. Success and failure, struggle and ease. I’d do it all again if I needed it. I haven’t even seen the sun in a week, Fog city as they call it and I’m still shining.

Before the sun had even risen that morning Philicia and I did what needed to be done. We’re on to Cape Spear to watch the sunrise. Her and I are the first to watch the sun rise upon the continent of North America. The fog never let up. There were no colours, no sparkle nor a break of light across the Atlantic ocean and I didn’t even care. I pinned that point on google maps months prior to this day as another distant and unreachable dream. Yeah right, sure you’re going to Cape Spear dude. That’s on the other side of the country! 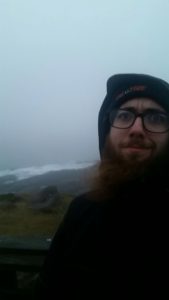 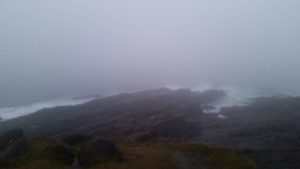 I’m flying to Calgary. It’s 5am and I almost missed my flight. I’m still drunk. In 24 hours I’ve stood on the edge of the Continent, been screeched in and now I’m flying 2/3rds across the country to meet someone I never thought existed. I’m crossing four time zones and She’s right there waiting for me. I never expected what happens next.

Mecca Complete. Thank you world. You are Amazing.